The team at Forestside is delighted to confirm that our charity partner for the rest of 2015 is Marie Curie and it’s a very special year for them.

Not many of us like to shout about being  50 but we are pleased to be able to help Marie Curie  celebrate their  50th year of fundraising.

We have many special events planned for the rest of the year but Saturday 7th March was a very special day for young and old alike. Marie Curie enlisted the help of the Ulster Aviation Society who brought with them a life size replica of the incredible Spitfire fighter aircraft. Volunteers from the Ulster Aviation Society not only lent us the aircraft, they also gave up their time in order to help customers up into the cockpit where they got to take their very own selfies with a Spitfire. 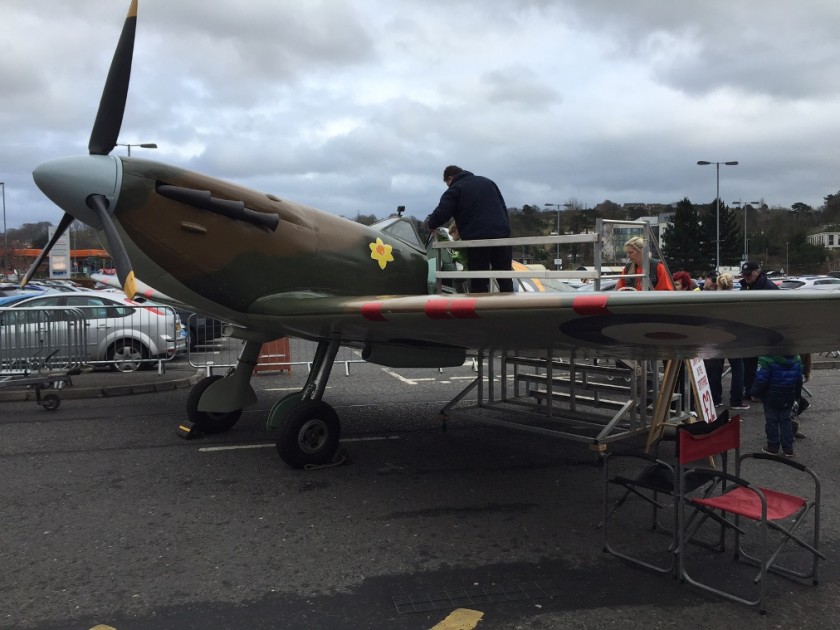 Thank you to all the volunteers from the Ulster Aviation Society and to Ray Burrows, chairman who so kindly agreed to bring the Spitfire and help raise the sum of £656 purely from Spitfire selfies.

Elsewhere on the mall, the Moos were back with a fabulous new Spring make over. Our family is growing year on year and Mummy Moo now has a total of nine calves all painted by local schools. Mummy Moo herself has been painted this year by artist Dawn Crothers especially for the Marie Curie Daffodil Appeal.  Huge thanks to Dawn and to the pupils of Glenveigh School, Cairnshill Primary School, Carryduff Playgroup, Millenium Integrated Primary School, Euston Street Nursery Unit, Harding Memorial Primary School, Cregagh Primary school, Moneyreagh Primary School and St. Ita’s Primary School. The Moos so far have raised over £100 for the Daffodil appeal and will stay on mall throughout March so the total raised will continue to rise.

The atmosphere on mall was fuelled with adrenaline as we held our 3rd annual Spinathon, also for Marie Curie.

Team Forestside cyclists were victorious in our first year in 2013 but were defeated by newcomers Pedal Pump instructors last year so there were scores to be settled in 2015. Four teams in total began the gruelling four hour marathon, team Marie Curie and Team Forestside Youth members taking on the mighty Team Forestside and Pedal Pump riders. 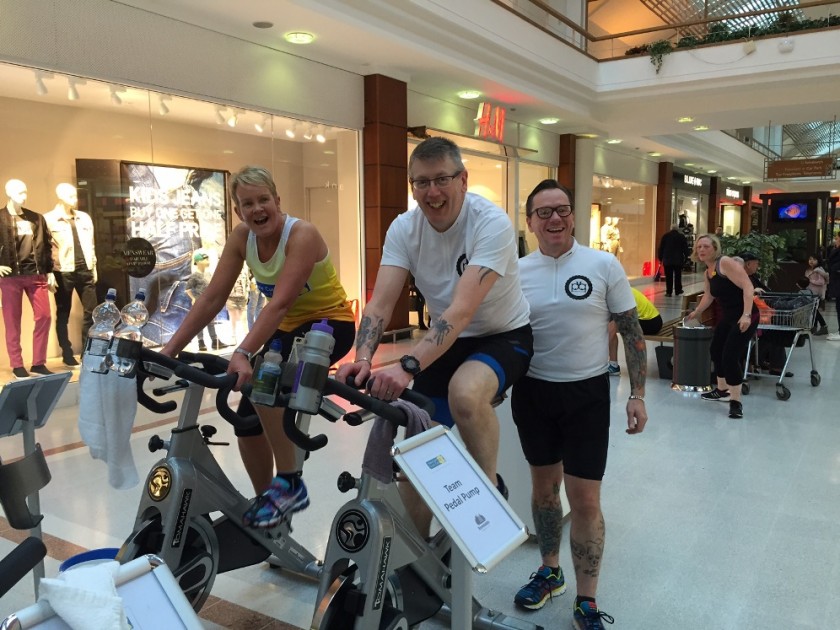 The energy of the youth team was enough to take them into the lead at the 2 hour half way point at 60 miles!    Yes, you read correctly,115 miles in total, this race is NOT for the fainthearted!  We speed tested the riders and the average speed worked out at 131 rpm. The winner of the sprint competition was Centre Manager Lee who clocked up an eye watering speed of 234 rpm!

Back to the main competition and the strength of the Pedal Pump instructors proved too much for the other teams and after a punishing 4 hours they managed to retain the Forestside trophy. 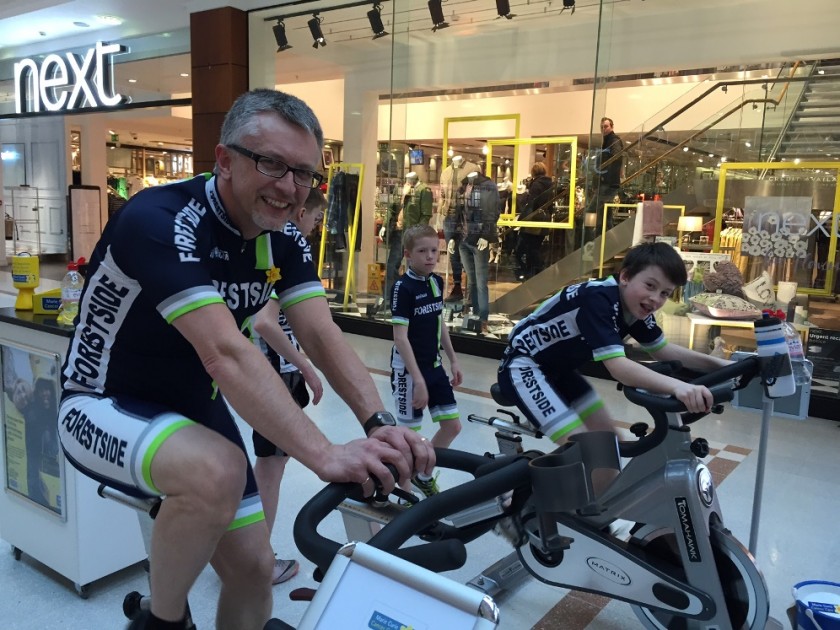 Just under £300 was raised from the Spinathon and huge thanks go to all the riders.

The Marie Curie volunteer team was also out in force with their buckets and Daffodils and the girls managed to raise an incredible £1027.94.

In total, the day raised £2085.85 which equates to equates to 104 hours of Marie Curie Nursing locally; such an achievement in a single day.

Huge thanks to everyone who was involved, gave of their time or donated.

Fantastic pictures, thanks to all involved with our Marie Curie activities at Forestside!! Great to have all your support in this way!